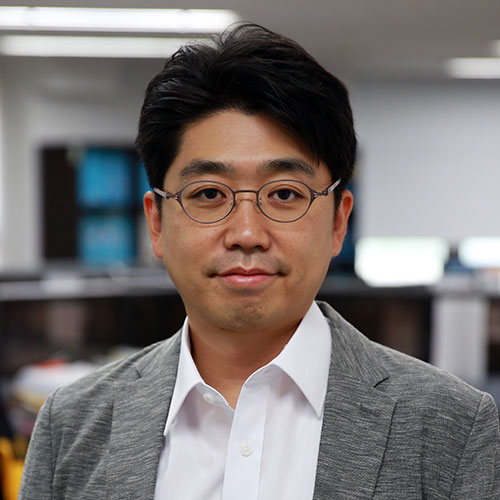 The state-owned Korea Gas Corporation(KOGAS) hid its deal with Hyundai Corp., by using an offshore company.

Yemen LNG is known to be able to produce 6.7 million cubic meters of natural gas.

However, a civil war that broke out 2 years ago stopped the gas production of this company, where several Korean companies hold its share in a consortium.

Companies that joined the consortium funds the construction fee for the production unit, according to their share ratio, and afterwards profits from the LNG sales profit.

As a shareholder, Hyundai corporation secured 5.88% of the shares in the inception of this business.

But after the constructions started, in 2006 Hyundai started experiencing financial problems.

This is when Korea Gas Corporation, a state-owned company, came to the rescue.

KOGAS agreed to purchase 49% of Hyundai’s shares, and decided to provide project finance construction guarantee on behalf of Hyundai.

The internal documents of the Bermuda law firm Appleby exposed the unknown side of this deal.

Appleby brokered the deal between the two companies through an offshore company.

According to Appleby internal files, in 2006 the two companies established ‘Hyundai Yemen LNG’ in Bermuda.

As a typical front company, the capital of Hyundai Yemen company was merely USD 12,000.

First, Hyundai moved all of its Yemen LNG shares to this shell company.  And then gave 49% of its shares to KOGAS. As a result, KOGAS acquired 2.88% of Yemen LNG’s shares, which is 49% of what Hyundai previously retained.

Why did these two Korean companies trade the shares indirectly through a shell company in a tax haven like Bermuda, instead of directly trading the shares domestically?

Especially, why did the state-owned KOGAS accept this suspicious deal?

KOGAS told Newstapa that it was to evade double taxation.

However, domestic tax laws at that time clearly stated a 30% tax cut in order to remit such double taxation.

When Newstapa pointed this out,  KOGAS changed their words.

Reducing taxes. Was this the only reason KOGAS and Hyundai went to an offshore tax haven?

KOGAS told Newstapa that they did not pay any extra money to Hyundai Corp. except for the acquisition cost for the shares of Yemen LNG.

However, this was not true, according to Appleby internal files.

This is the 2011 audit report of Hyundai Yemen LNG, the Bermuda company.

This means that KOGAS should have paid USD 7.3 million for the Yemen LNG shares.

But the Appleby document shows that KOGAS paid much more than USD 7.3 million. KOGAS admitted that they did pay additional expenses other than the initial acquisition cost.

KOGAS claims that the acquisition cost includes not only the direct cost Hyundai paid to buy Yemen LNG shares, but also all the other expenses Hyundai paid Yemen LNG as a shareholder from 1997 to 2006.

But a year later, KOGAS paid a staggering USD 42 million for 2.88% of Yemen LNG shares, which was less than half of what they already had.

It was Hyundai who had pressing financial problems, but it is unclear why KOGAS paid such a large amount of money to trade Hyundai’s shares.

You might say we should have paid much less than what we paid them, but this Yemen LNG project was a promising business with potentially huge profits. The price of our shares was initially USD 5 but now it’s around USD 100. So just think of it as an issue price.

One cannot help suspecting that these Korean companies used offshore tax havens not only to evade taxes but also to hide a deal that raises suspicion.

Since 2013, KCIJ-Newstapa has focused on reporting on individuals who hid their wealth in tax havens.

However, the more serious problem hidden in tax havens might be in these seemingly normal deals between businesses.