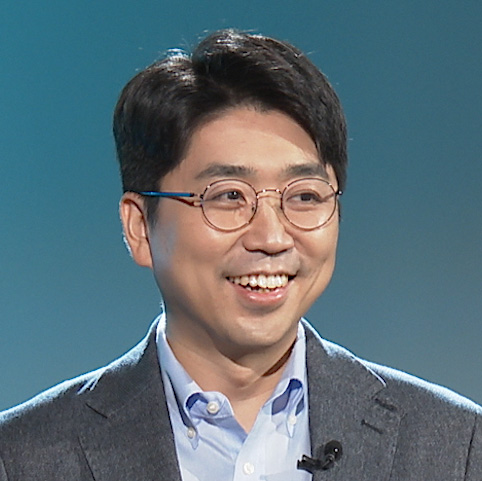 In 2012, Hanwha Group Chairman Kim Seung-youn was sentenced to four years in jail for embezzlement and breach of trust. However, Kim was ‘legally’ released after only five months of imprisonment, as the court decided a suspension of custody. He was initially given a suspension of two months, but the term was extended repeatedly.

Trials on Kim’s case proceeded quickly while the custody suspension was extended for four times. He was sentenced to three years in prison and five years in probation at the final round of trial, while he was still hospitalized at a VIP room of the Seoul National University Hospital (SNUH).

KCIJ-Newstapa investigated suspicions around the court’s decision on Kim Seung-youn’s custody suspension and its extensions.

Experts say that custody suspensions are usually requested by the attorney or prisoner him/herself, as “the thirsty man digs the well.”

However, in the case of Hanwha Chairman Kim Seung-youn, the chief of Seoul Nambu Correctional Institution -- where Kim was imprisoned -- directly submitted a request to suspend the custody.

“I've worked as a judge and lawyer for over a decade, but I've never heard of such case, neither did I experience one myself,” said Shin In-soo, a lawyer at Korean Confederation of Trade Unions (KCTU) Legal Dept.

“Unlike ordinary people, Chaebol leaders or other high-profile figures are more likely to get physically ill as they have troubles of adapting to the living environment in prison,” said the ex-chief of Seoul Nambu Correctional Institution.

2. Cause of difficulty in breathing: Overeating and sleeping pills

Kim achieved a custody suspension while he was hospitalized at the SNUH Boramae Hospital. KCIJ-Newstapa exclusively obtained some of Kim's medical records, including diagnosis from a source who requested anonymity.

According to the medical records, Kim’s major symptoms were depression and difficulty in breathing. But his respiratory disorder was caused by overeating and sleeping pills, and not pneumonia and septicaemia, which are known as the main cause for such symptoms. Screenshot of Hanwha Chairman Kim Seung-youn’s medical records, obtained from a source who requested for anonymity

3. Hanwha’s bribery attempt and a preferential contract with the hospital

KCIJ-Newstapa also obtained a testimony from a doctor from Boramae Hospital who was in charge of treating Kim that Hanwha Group tried to bribe him.

“A Hanwha managing director named Mr. Bang, who accompanied Kim, visited my office three times in an effort to hand over a large amount of cash to me,” the Boramae Hospital doctor, who requested for anonymity, told KCIJ-Newstapa.

The doctor explained that Mr. Bang told him “there could be something more important than actually curing him. He actually said he wants to suspend Kim's custody."

When the doctor refused to accept the money, Mr. Bang was said to have asked him what type of financial help did Boramae Hospital needed. The doctor delivered Bang’s suggestion to the hospital. After three months, Hanwha Group purchased health checkup packages worth 100 million won ($93,000) from Boramae Hospital. It was the first and last time Hanwha made health checkup package purchase from this hospital.

Doctor A, a SNUH neuropsychiatrist, diagnosed Kim with Alzheimer’s-type dementia. This was the crucial ground that helped Kim’s attorneys in demanding extensions on custody suspension and on trial proceedings.

Among dozens of types of dementia, Alzheimer's disease is known to be incurable and the most severe type. But considering the fact that Kim has been active in business after his probation, it is difficult to accept that Kim has suffered such type of dementia.

A psychiatrist at a university hospital who had treated Kim until his imprisonment in 2012 said that his condition certainly did not reach the level of dementia, during a phone interview with KCIJ-Newstapa.

The Boramae Hospital doctor who treated Kim until January 2013 also said “His symptoms could have possibly develop into dementia, but back then, he didn’t have dementia.”

Doctor A from SNUH main hospital was the only one who diagnosed Kim with the “Alzheimer’s-type of dementia.”

On March 4, 2013, Doctor A, who was on wheelchair due to a leg injury, was escorted by four young men in suits on his way to the court. Several hospital employees witnessed this scene. The doctor attended the trial to testify for Kim’s health condition in court.

When KCIJ-Newstapa asked if the men in suits were Hanwha employees, Doctor A refused to answer.

The Boramae Hospital doctor, who told KCIJ-Newstapa that Hanwha tried to bribe him, mentioned another strange episode. Just after Kim’s hospitalization, Doctor B, a pulmonologist at SNUH main hospital, started visiting the Boramae hospital almost every day.

As Doctor B was a senior doctor who was a lot older than himself, the Boramae doctor claims that he had no other choice but to keep discussing with him in making medical decisions. When the Boramae doctor suggested his own medical opinions that “Kim has to quit sleeping pills and lose some weight to improve his respiration," Doctor B was said to have said “helping Kim to get released from jail is more important than actually curing Kim’s illness.”

“I had provided medical treatments to Kim in the past, so I just assisted the Boramae Hospital doctor by checking Kim's condition and discussing with doctors there,” Doctor B said when KCIJ-Newstapa requested for a comment. “I was not in the position to order them to make certain medical decisions.”

Doctor B was also found to have attended a trial to testify in Nov. 2012 when Kim submitted a bail request. Instead of the Boramae Hospital doctor who was designated by the prison to take care of Kim, a doctor who had personal links with Kim attended the trial.

“I attended the court upon a request from Kim Seung-youn’s attorney,” Doctor B said.

“Kim really was in a critical health condition when he was in prison, so the custody suspension was a legally legitimate decision,” Hanwha Group said.

Then, would ordinary prisoners be able to obtain a suspension when they are in a similar health condition with Kim?

Shin Byungsoo, a 61-year-old prisoner at Wonju Correctional Institution in Gangwon Province, collapsed with cerebral infarction in February this year. A day before he collapsed, Shin had been complaining about severe headache and partial paralysis. However, the prison did not allow him visit a hospital. He was sent to a hospital 17 hours after he first collapsed.

Shin was diagnosed with cerebral infarction, which is an illness to which an emergency treatment is crucial in deciding the future conditions.

As a result, he got hemiparesis which led him unable to use left arm and leg, as well as lose sight of his left eye.

An eye doctor told me that I cannot recover my eyesight and that I have to live like this until I die,” Shin said at an interview with KCIJ-Newstapa. “He said it could have recovered if I was taken to the hospital within 3 hours of collapse, but the prison officers allowed me to the hospital after 20 hours, and eventually damaged myself.

"I was treated like that because people like us don't have power, so we can never win them [the prison officers]," he added.

In July this year, Shin filed a lawsuit against the prison officers and medical officers there for dereliction of duty. The Wonju prison declined from making any comments on the ongoing litigation.

Preferential treatments provided to the top 0.6% of population … Is imprisonment executed fairly?

Shin Byungsoo and Kim Seung-youn were imprisoned after committing a crime, as Korean citizens holding equal rights and duties.

Kim was a convicted prisoner whose sentences were confirmed, while Shin’s first trial was still ongoing by the time he collapsed. Kim was hospitalized for depression and respiration issues, and Shin had cerebral infarction.

However, access to outside hospitals and a custody suspension -- which were that difficult for Shin -- turned out to be so easy for Kim.

Did Kim enjoy the comfort at the hospital after being granted a custody suspension because he was in a worse condition than Shin? Or was it because of Kim's money and power?

The court and ministry said they do not retain such statistics. KCIJ-Newstapa requested this data through lawmakers, but received the same answer.