Over 200 Koreans found in Paradise Papers 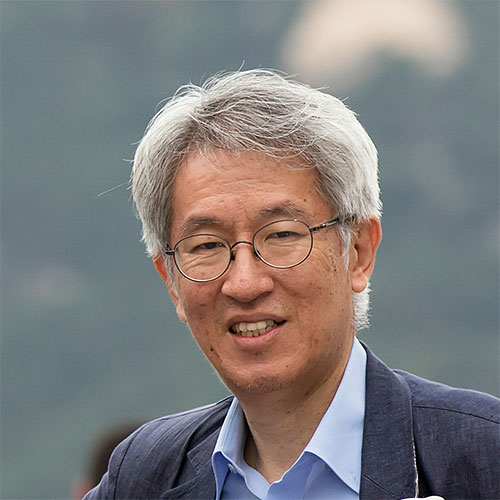 Starting from today, we will report on the ‘Paradise Papers: Koreans in Offshore Tax Havens 2017’ series.

You may remember the Panama Papers project from last year, which shook up the world by exposing powerful figures’ tax avoidance.

This time, a massive volume of internal data was leaked from a Bermuda-based law firm, Appleby. KCIJ-Newstapa analyzed the leaked data along with ICIJ Paradise Papers project team.

Names of Korean nationals and companies were identified from documents of this law firm ‘Appleby,’ located in a small British territory, Bermuda. Close aides of US President and Canadian Prime Minister, Queen of England, and world-class celebrities were also found in the list.

First, let’s look at the overview of the size of the leaked data, and more detail on the list of Korean individuals and companies.

Bermuda is a British Overseas Territory. It’s a small island country in the North Atlantic Ocean. In this island, there is a law firm named Appleby. It's known to be the world’s top-notch group of legal specialists in designing corporate governance structures optimized for tax avoidance. Appleby has offices in more than 10 tax havens across the world, including the British Virgin Islands and the Cayman Islands. With 700 staff members including lawyers, the law firm mainly provides service that establishes shell companies and secretive bank accounts for the super riche and multinational corporations. The firm has been known for its rigorous security system.

Süddeutsche Zeitung shared all of the files with the International Consortium of Investigative Journalists (ICIJ) and suggested a cross-border investigation project. More than 380 reporters of 90 media organizations from 67 countries, including KCIJ-Newstapa, the New York Times and BBC, participated in this project.

The group of investigative journalists, largest by far, named this project ‘Paradise Papers.’ When analyzing all of Appleby clients by nationality, 31,000 U.S. nationals accounted for the largest part, followed by 14,000 British people, and 12,000 from Bermuda.

KCIJ-Newstapa reporters thoroughly analyzed the massive amount of Appleby data, and so far found the names of 232 Korean nationals.

We were able to identify them by passport numbers and nationality written on the documents. Of the 232 Koreans, 197 wrote their Korean address on the documents. These documents were part of paperworks to establish a company in the tax havens.

42 companies were set up in Malta, followed by 18 in Bermuda and 7 each in the Cayman Islands and Seychelles. A yearly analysis shows that the number of establishments slowly escalated starting in the mid-1990s and surged in the mid-2000s before and after the 2008 Global Financial Crisis.

The number slightly declined in 2013 in the wake of the first tax haven investigations by KCIJ-Newstapa with ICIJ. Then, the number soared again to 9 cases last year. Today, we will expose the name of this one person. It is Chun Jae-kook, the eldest son of former president Chun Doo-hwan. Starting with Chun Jae-kook in 2013, the eldest son of former president Chun Doo-hwan, KCIJ-Newstapa has persistently tracked down on hundreds of Koreans who hid black money or evaded tax by setting up shell companies in tax havens.

However, Koreans are still forming slush fund and dodging taxes, as the tax authority and political sphere showed tepid response to this issue.

The Panama Papers project last year shook the world and spurred major transformations, resulting in the resignation of the the Prime Minister of Iceland.

The Paradise Paper is expected to stir the entire world, as the Appleby data contained names of more than 120 politicians including national leaders and their core aides and numbers of world-class celebrities.