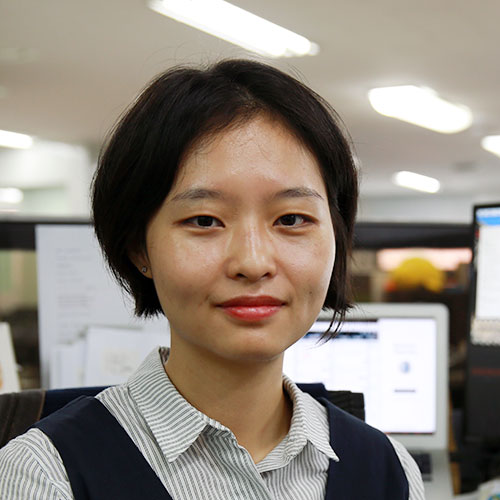 The names of these businessmen were registered on ‘AsiaWeb Networks Limited,’ a company established in Bermuda in early 2000 during the IT bubble. Back then, several Korean media outlets introduced AsiaWeb Networks as a U.S.-based investment company that focuses on investing in IT companies in Asia. However, it turned out that this company was actually based in Bermuda and was managed by Appleby, a law firm based in Bermuda. In addition to names like Kim Seung-bom and Douglas Donghoon Yeum, who were registered as directors of this company when it was established, Hong Seok-kyu and Cha Suk-yong were also registered as directors of Xfiniti, Ltd. Newstapa identified Douglas Donghoon Yeum as the former chief of Amazon Web Services(AWS) Korea, Hong Seok-kyu as the Chairman of Bokwang Group, and Cha Suk-yong as the Vice Chairman of LG Household and Health Care.

When Newstapa asked Mr. Hong why he was involved in the Bermuda company, Hong claimed to have never heard of Xfiniti, as well as Douglas Donghoon Yeum and Kim Seung-bom. Bokwang Group Advisor Min Gook-hong told Newstapa that “Mr. Hong doesn’t know the reason why his name is there, but he suspects that someone used his name illegally.” He also claimed that Hong never heard of the Korean subsidiary, Xfiniti Korea, and told Newstapa to “ask the CEO of Xfiniti Korea” about why Hong’s name was associated with Xfiniti. Cha Suk-yong, who served as the CEO of Xfiniti Korea, told Newstapa that “Mr. Hong Seok-kyu worked as a non-executive director of the Korean subsidiary (Xfiniti Korea).” He added, however, that Mr. Hong could not attend board meetings. Cha and Hong attended the same high school, and together served as executives at the Korea Ladies’ Professional Golf Association (KLPGA).

However, Cha also claimed to know nothing about the Bermuda Xfiniti. He said he thought Xfiniti, Ltd was a U.S.-based company, and does not know anything about the holding company’s investment attraction or how it was established.

According to the Paradise Papers data, the authorized capital of Xfiniti, Ltd in Bermuda is only 28 dollars (USD). However, documents registered in Korea’s company registry shows that Xfiniti, Ltd owns 99.06% of Xfiniti Korea’s shares. The businessmen involved in Xfiniti were also registered as directors and officers in ‘KnowledgeMatrix Limited’ and ‘AB2B Networks Limited,’ both of which were established around early 2000 in Bermuda. These Bermuda-based companies were connected to various Korean companies in a complex structure. Newstapa tried to reach Douglas Donghoon Yeum, former chief of Amazon Web Services Korea, to ask why these companies are connected in such complex ways. However, AWS Korea said Yeum is currently not in Korea, and Yeum did not answer Newstapa’s email. Newstapa also asked around to find the whereabouts of Kim Seung-bom, who was known as a venture capitalist in early 2000, but did not find any traces of him in Korea.

A powerful Korean business network emerged above the surface after more than a decade through the documents leaked from the Bermuda-based law firm Appleby, but those involved now remain silent.

Attorneys at Big Law Firms, the Collaborators to the Offshore Tax Havens